Linnea Quigley, actress, activist, film producer, model, singer, author has graced both the big and silver screens in our favorite horror films of the 80s and 90s including Savage Streets (1984), The Return of the Living Dead (1985) and Hollywood Chainsaw Hookers (1988) to name just a FEW! Most recently this OG Scream Queen bombshell and B-Movie darling is making a cameo appearance in Death Drop Gorgeous! Yay!

What many people might not know is that for the majority of her life Linnea has been fostering dogs and cats in desperate need of homes, care and love. Now, she needs OUR help! Click to donate.

Now you can book video shoutouts directly from your favorite Scream Queen on Cameo! Personalized just for you. 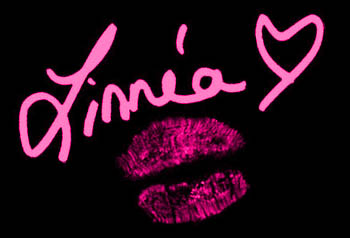 Linnea is excited to announce her role as “Damiana” in the upcoming film “Killer Babes and the Frightening Film Fiasco” with Brett Mullen, director of “Bloody Ballet”, “Bombshell Bloodbath” and “Belladonna”!

I will be at @madmonster in North Carolina (not Fr

Join me this Saturday! Link in BIO

This website uses cookies to improve your experience while you navigate through the website. Out of these, the cookies that are categorized as necessary are stored on your browser as they are essential for the working of basic functionalities of the website. We also use third-party cookies that help us analyze and understand how you use this website. These cookies will be stored in your browser only with your consent. You also have the option to opt-out of these cookies. But opting out of some of these cookies may affect your browsing experience.
Necessary Always Enabled

Any cookies that may not be particularly necessary for the website to function and is used specifically to collect user personal data via analytics, ads, other embedded contents are termed as non-necessary cookies. It is mandatory to procure user consent prior to running these cookies on your website.

Due to the rescheduling of personal appearances, Linnea is offering the option to mail in your personal items for autographs in her online Shop. Stay safe and healthy everyone! Dismiss